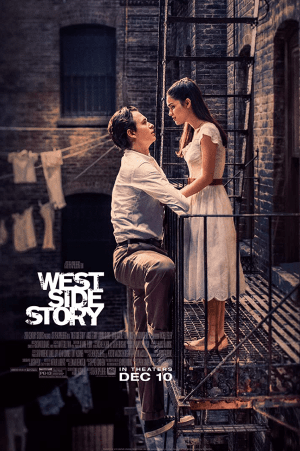 Directed by Steven Spielberg from a screenplay by Pulitzer Prize winner Tony Kushner, West Side Story tells the classic tale of fierce rivalries and young love in 1957 New York City, inspired by Shakespeare’s Romeo & Juliet. This reimagining of the beloved musical stars Ansel Elgort as Tony and Rachel Zegler as María, as well as Rita Moreno, who won an Academy Award for her portrayal of Anita in the 1961 film version of West Side Story, playing a reconceived and expanded version of the character of Doc, the owner of the corner store in which Tony works.