Spielberg takes a stab at the Pinocchio myth with this story of a young robot boy (Osment) who can't grow up. 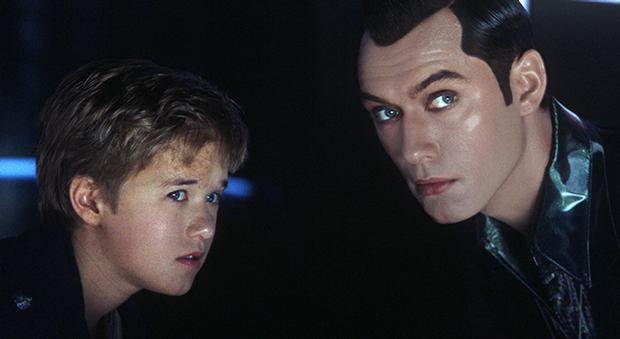 In Steven Spielberg’s drama, a highly advanced robotic boy (Hayley Joel Osment) longs to become "real" so that he can regain the love of his human mother. Starring Jude Law, Frances O’Connor and William Hurt.