Elsa (Menzel) and Anna (Bell) head off on a dangerous journey after Elsa hears voices calling her to a distant land. The plot is less involving than the character interaction, but Olaf (Gad) is the comedic highlight and while it may be less compelling than the original, it's got all the ingredients for a hit. 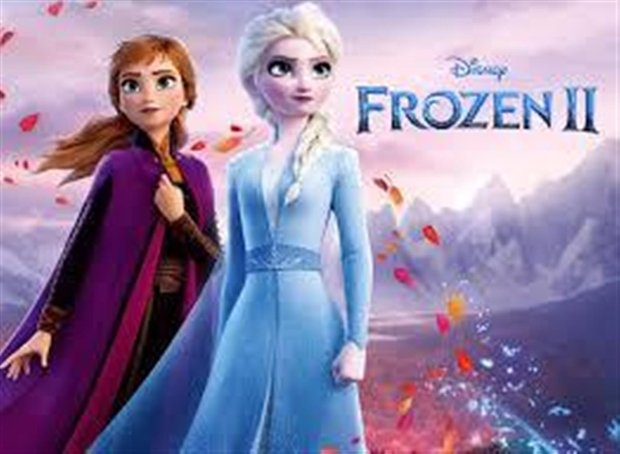 Frozen 2 to launch on Disney+ in UK on July 3

'Frozen 2' is to launch on Disney+ in the UK on July 3. The animated sequel, which features the voices of Idina Menzel and Josh Gad, will be available to viewers in Britain and Ireland two weeks earlier than originally planned. The movie follows Elsa…

'Frozen II' has landed the second biggest digital debut ever on the Official Film Chart. The computer-animated musical fantasy film was downloaded 218,700 times in its first week, meaning it was behind 'Avengers: Endgame', which had 335,400 downloads in…

Frozen 2 surpasses the original movie at the box office

'Frozen 2' has already surpassed the original's US box-office earnings. The computer-animated movie was released earlier this year, following on from the money-spinning original, and new figures have confirmed that the new film has surpassed the 2013…

Idina Menzel would be "happy" to make multiple 'Frozen' films. The 48-year-old singer-and-actress voices Queen Elsa in the Disney franchise, with both movies proving popular with audiences and the sequel, 'Frozen 2' outperforming the original at the box…

Kristen Bell knew that 'Frozen II' would be successful. The recently released sequel has already outperformed its predecessor at the box office and set the record for the biggest global opening for an animated film, and Kristen – who voices Anna in the…

Idina Menzel believes Frozen 2 is better than the first film

Idina Menzel believes 'Frozen 2' is better than the first film. The actress, who voices Queen Elsa in the franchise, believes that the second instalment has a better plot and superior music to the 2013 smash hit animation. During an interview on…

Kristen Bell feels 'Frozen 2' is "groundbreaking". The 39-year-old actress – who voices Anna in the hit animated movie – is so proud of the success of the movie, as it is the first sequel to a Disney musical animated movie "ever". Asked how long she had…

Josh Gad is emotional about the possibility of saying goodbye to his 'Frozen' character Olaf. The 'Beauty and the Beast' star has voiced the magical snowman in both 'Frozen' films but it is unclear whether the franchise will return for a third film.

Chris Buck admits that Frozen fan theory was his fault

'Frozen 2' director Chris Buck has admitted that the 'Tarzan' fan theory is his fault. Fans of the 'Frozen' franchise have speculated that Anna and Elsa's brother is Tarzan – who has his own Disney movie, in which he was raised in the jungle – even…

Idina Menzel wants to make a third 'Frozen' film. The actress – who voices 'Elsa' in the Disney franchise – has said she would love to lend her voice to the princess in a potential third movie. When asked during the 'Frozen 2' European premiere in…

Kristen Bell: Frozen 2 had to be right

Kristen Bell says there has been a long wait for a 'Frozen' sequel because the story had to be right. 'Frozen 2' hits cinemas later this month, six years after the first film was released in 2013 and went on to become one of Disney's biggest ever…

Kristen Bell is glad Jonathan Groff gets to "really sing" in 'Frozen 2'. The 39-year-old actress and her co-star are back as Anna and Kristoff respectively for the upcoming Disney animated sequel, and she's delighted Groff will have the chance to show…

Kristen Bell's kids know "the entire plot line" to 'Frozen 2'. The 39-year-old actress, who is returning to voice Anna for the second instalment of the 2013 Disney blockbuster, has confessed that she told her two daughters – four-year-old Delta and…

Kristen Bell believes 'Frozen' has been a huge success because there is "no villain". The 38-year-old Hollywood actress voiced Princess Anna in the 2013 Disney 3D animation which told the story of Anna's magical sister Elsa, Queen of Arendelle, who…

Kristen Bell would 'rocket to the moon' if Sterling K. Brown joins Frozen 2

Kristen Bell would "rocket to the moon" if Sterling K. Brown was cast in 'Frozen 2'. The 'This Is Us' star sent fans into a frenzy last week when he confirmed that he's in "negotiations" to voice an as-of-yet unknown character in the long-awaited…

Evan Rachel Wood and Sterling K. Brown are set to star in 'Frozen 2'. The 'Westworld' actress and the 'This Is Us' actor are both in talks to voice as-yet unknown characters in the upcoming animated sequel to the 2013 Disney blockbuster. Kristen Bell…

Kristen Bell has finished recording her part of 'Frozen 2'. The 37-year-old actress - who voices the part of Anna in the hit animated movie and its upcoming sequel - has revealed the movie is progressing well. Speaking on The Ellen DeGeneres Show, she…

Josh Gad Frozen out of script for Disney sequel

Josh Gad isn't allowed to read the whole script of 'Frozen 2' in case he spills spoilers. The 36-year-old actor voiced the snowman Olaf in the massively popular 2013 Disney animated movie 'Frozen' and is now currently in the studio recording his voice…

Josh Gad has revealed that voice recordings have begun on 'Frozen 2'. The 36-year-old actor voiced magical snowman Olaf in the hit 2013 Disney animation - which also starred Idina Menzel, Kristen Bell and Jonathan Groff - and he has informed fans that…

Kristen Bell says the 'Frozen' sequel hasn't begun recording yet. The 36-year-old actress - who voices lead character Anna in the blockbuster Disney film - has given an update on the progress of the second movie in the franchise and said that they…

Kristen Bell is "waiting to get her hands" on the 'Frozen 2' script. The 36-year-old actress - who voices the character of Anna in the hit Disney animated movie - hopes she can bring the character back to life in the recording studio soon. Speaking…

Disney has officially commissioned a 'Frozen' sequel. John Lasseter, chief creative officer of Walt Disney and Pixar Animation Studios, announced the news during a shareholders meeting in San Francisco, where it was also confirmed 'Frozen' co-directors…

Idina Menzel has confirmed a 'Frozen' sequel is "in the works". The 43-year-old actress - who voices Princess Elsa in the Oscar-winning Disney film and sings the popular theme tune 'Let It Go' - has revealed there will be a follow-up. Quizzed on what…